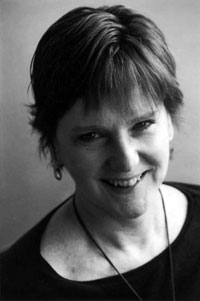 Deborah Bradley’s interest in world choral music has led her to publish on antiracism and music education in many noted music education journals, including Philosophy of Music Education Review, Journal of Aesthetic Education, Music Education Research, and Action, Criticism, and Theory for Music Education. She has written several book chapters, including in the 2012 Oxford Handbook of Philosophy of Music Education, and an upcoming Oxford handbook on Music Education and Social Justice. Dr. Bradley received a Ph.D. in Sociology and Equity Studies in Education from OISE/UT in 2006, and taught at the University of Wisconsin-Madison from 2006 – 2010.  She had previously taught at the University of Toronto from 1997-2005. She retired from UW-Madison in 2010 and now teaches part-time at the University of Toronto, where she continues to research issues of equity and social justice in music education.
Meaningful Musical Action and the Search for Social Justice
This paper explores what we mean when we talk about choirs that are “inclusive,” as an important component of social justice within music education. Music education as a discipline has begun, I feel, to move away from the earliest obvious questions of repertoire and concerns about the future of bands, choirs, and orchestras, to deeper questions that draw from the work of Paolo Freire (1970, 1998, 1994; Ladson-Billings, 1994, 1995, 1996, 1998, 2000; North, 2008; Sleeter & McLaren, 1995), and others who brought to the attention of educators worldwide the ways in which their local systems of education colonized and oppressed. Yet even as we delve more deeply into concerns for social justice, the elephant in the room lingers around the question of who participates in music education and who is excluded. Do we really intend that music education is for all children? If the answer to that question is yes, then I think we may still have a thing or two to sort out.

I propose in this paper that our concepts of social justice in action, particularly around the concept of inclusion, require more interrogation. The notion of meaningful musical action, terminology I have drawn from the MayDay Group’s Action Ideal V, may inadvertently lead us away from pursuits that could otherwise move us toward more socially just ways of teaching music. What do we mean by “meaningful musical action;” and how do we define “inclusion”? How might these concepts exist in tension with each other and with our desires for a music education that embodies social justice?

The paper will explore a few of the tensions that continue to elude our sense of inclusion within music education. Borrowing from A.C.T. issue 6 (4) which was dedicated to concerns for social justice, this paper again asks,  “what does it mean to ‘do the right thing’ where ‘right’ defies definition in absolute or universal terms” (Bowman, 2007)?  My remarks will be confined to the arena of community children’s choirs, where calls for inclusion seem to be “trending,” but where the evidence (drawn from websites) supporting that “trend” sometimes paints a different picture. The argument presented will be in three parts. First, I will discuss concepts relevant to inclusion; secondly, I will look at the potential for the publicly stated concerns for inclusion to become tools put to other uses—for recruitment, for performance opportunities, and for seeking support from granting and other funding agencies.  Thus the practices of some choirs claiming an inclusion mandate fall short of that ideal.  My intention is not to criticize the practices of these choirs; rather, I want to explore the tensions that enacting an inclusion choir model may bring to the fore.

McLaren, P. (1998). Life in schools: an introduction to critical pedagogy in the foundations of education (3rd ed.). New York: Longman.