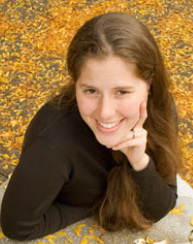 Eva Egolf teaches elementary school band in New Rochelle, New York, and is an adjunct faculty member at Brooklyn College, and New York University. In 2014 she completed her Ph.D. in Music Education at New York University. She is a graduate of Bowling Green State University (B.M., Saxophone Performance) in Bowling Green, Ohio, and Lehman College (M.A.T., Music Education) in Bronx, New York. She taught high school band, chorus, beginning piano, and created music technology courses as a New York City Teaching Fellow. Her research interests are informal learning, and DJ learning.
New York City Electronic Dance Music Club DJs:
Learning Processes and Cross-Disciplinary Collaboration
Early 1980s dance music genres, such as house and techno, have transformed and fractured into a myriad of subgenres and practices.  Collectively, these genres are often grouped by the moniker electronic dance music (EDM).  EDM is performed in dance clubs by a disc jockey (DJ). The hero of EDM is the DJ.  Within the last approximately five years EDM has gained popularity in the United States with increased radio air time, and prominent DJs such as Tiesto commanding an average of $250,000 per appearance for a two hour club set (Greenburg, 2012). Despite the commercial success of EDM, the learning processes and the musical understanding of DJs have largely been unexplored by the music education community.

The purpose of this paper is to explore the processes of learning among EDM club DJs in New York City, and the ways in which they collaborate across multiple disciplines.  This paper provides an overview of musical understanding as it exists among DJ participants, illuminates the processes by which DJs acquire this understanding, and examines the context in which musical understanding is learned. This case study of five DJs who predominantly work in underground gay dance clubs employs semi-structured interviews, and observations of performances as the primary methods in this inquiry. The frameworks of musical understanding, (Elliott, 1995) informal learning, (Green, 2002) and situated learning (Lave & Wenger, 1991) were used to guide the analysis of data.

Learning among participant DJs involved multifaceted processes. Self taught solitary learning processes were significant among DJs as they engaged with trial and error approaches. Additionally, group learning (Green, 2002) figured into learning experiences, as participants engaged with peers. Situated learning processes (Lave & Wenger, 1991) emerged as some participants accessed experienced DJs, and formed casual mentoring relationships. Community music schools specializing in DJing helped some participants in the early stages of learning to DJ. Participants described the DJ community music school experiences as providing basic initial instruction, and found they needed to learn more outside of the school through solitary practicing, peers, and experience performing. K-12 and university school music experiences were minimally helpful in learning how to DJ from the perspective of participants. This paper outlines these learning experiences among participants, which are of interest to the music education community.

In addition to describing the processes of learning, this paper explores the context of clubbing in underground gay clubs in New York City. In this context are instances of collaboration between music makers and practitioners from disciplines outside of music. Understanding the historical/cultural context of DJing and clubbing was valued among participants in several ways. An understanding of the standards and traditions associated with the context were essential to DJs in their music making efforts. Also, while describing the context of music making, participants emphasized the influence of  houses in New York City clubbing communities. These are social and professional alliances that are named after prominent fashion houses, such as the House of Aviance, and the House of Extravaganza. One function of the houses in the clubbing community is that they facilitate collaboration across multiple disciplines as members of the house work together to “throw parties” at various clubs. In doing this, houses draw on a range of expertise from lighting designers, singers, dancers, DJs, web designers, and promoters. The house, as a professional and social affiliation facilitates this multi-discipline collaboration.

This paper has implications for the field of music education as it explores the processes by which this group of musicians learn. The musical understanding of club DJs is presented as distinctive with an emphasis on music making within the context of New York City dance clubs. In addition to the context influencing music making activities, the context includes the cross-discipline collaborative engagements of the house.
Powered by