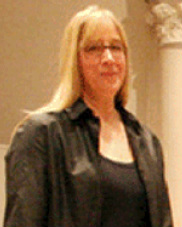 Janice Waldron is an Associate Professor of Music Education at the University of Windsor; research interests include informal music learning practices, online music communities, vernacular musics, and participatory cultures. Dr. Waldron is published in Music Education Research, The International Journal of Music Education, Action, Criticism, and Theory in Music Education, The Journal of Music, Education, and Technology – she also serves on the Editorial Board – and The Philosophy of Music Education Review, among others, and is a reviewer for Music Education Research. Dr. Waldron was named the 2012 “Outstanding Researcher: Emerging Scholar” at the University of Windsor.
Going “Digitally Native”:
Music Learning and Teaching in a Brave New World
The convergence of the Internet and mobile phones with social networks – what new media scholars deem “networked technologies” – has been the subject of much debate over the past three decades. In this paper, I consider what new media researchers have already discerned regarding networked technologies; most importantly, that more significant than any given technology itself is how we use it, the effect(s) its use has on us, and the relationships we form through it and with the technology. Because this has obvious implications for music teaching and learning, the discussion is an important one, especially so as it has remained largely unaddressed by music education scholars.

New Media scholar Sherry Turkle contends (1995, 2011) that “the computer offers us new opportunities as a medium that embodies our ideas and expresses our diversity” (p. 31), but she also recognizes that peoples’ interactions with computers could result in unintended and ambiguous effects because intentions of use do not reside within the computer, but are instead determined by how people interact with, perceive their relationship to and develop expectations of what their machines can or should do over a period of time:

"We construct our technologies, and our technologies construct us and our times. We become the objects we look upon but they become what we make of them (p. 46). . . People think they are getting an instrumentally useful product, and there is little question that they are. But now it is in their home and they interact with it every day. And it turns out they are also getting an object that teaches them a new way of thinking and encourages them to develop new expectations about the kinds of relationships they and their children will have with machines." (p. 49)

There are several key points to take away from Turkle. The first and most important one being that technological determinism is a false modernist construct of where technology leads, because what any given technology is capable of becomes clear only during the process of its use, including how it is used and what it is used for. The act of use itself changes the technology, the person interacting with it, and the expectations that such exchanges have for a culture and society. Simply put, a machine’s maker and/or programmer cannot possibly predict what can be produced with a connected computer and a creative individual – or individuals –manipulating it.

Secondly, Turkle’s argument that 1) children develop new expectations of what their machines can and/or should do, and 2) that computer use changes the way people think is particularly prescient today; writing in 1995, Turkle was discussing the relationship of people to their newly acquired personal home computers. Her argument is even more fitting now given the omnipresence of smartphones along with the expectation that  “there’s an app for everything.”

As a profession, music educations researchers and practitioners have tended to focus on technology as a knowable “thing” – i.e. hardware and/or software with its “practical classroom applications” – and not the greater epistemological issues underlying its use. Further, we have been slow to examine how using networked technologies could change our beliefs about music teaching and learning in the larger sphere. How will we engage musically in a meaningful way with a generation of students – “digital natives” – who have grown up technologically “tethered?” How will these different “ways of knowing” change music learning and teaching now and in the not-so-distant future?
Powered by