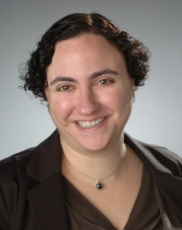 Juliet Hess is an assistant professor of music education at the Setnor School of Music at Syracuse University with a dual appointment in the School of Education. Juliet Hess’ research interests include anti-oppression education, music education for social justice, and the question of ethics in world music study.  Her scholarly research has been published in the Philosophy of Music Education Review (PMER), Visions of Research in Music Education (VRME), Music Education Research (MER), Research Studies in Music Education (RSME), Proteus: A Journal of Ideas, and Encounters on Education.
Upping the "Anti-":  The Value of an Anti-Racist
Theoretical Framework in Music Education
In a time that some have argued to be purportedly "postracial" following the election and subsequent reelection of Barack Obama (see Wise, 2010 for discussion), why does anti-racism remain a crucial theoretical framework for music education? For George Dei, anti-racism is an action-oriented educational strategy for institutional, systemic change to address racism and interlocking systems of social oppression. It is a critical discourse of race and racism in society that challenges the continuance of racializing social groups for differential and unequal treatment. Anti-racism explicitly names the issues of race and social difference as issues of power and equity, rather than as matters of cultural and ethnic variety. (Dei, 2000, p. 27)

This focus on power and dominance allows for a powerful critique of whiteness and dominant positionality with an orientation toward change. For unfortunately, the structures of domination that anti-racist orientation target did not disappear with the election of Obama. In selecting anti-racism over critical race theory (CRT), I note that the CRT principles outlined by Delgado and Stefancic (2001) share many of the same tenets as anti-racism. These tenets include a staunch critique of liberalism and Eurocentrism, a focus on intersectionality and counternarratives, among other principles. What is perhaps most significant in anti-racism is its action orientation. While it is a critical framework, it is oppositional in nature and it pushes toward change.

An anti-racist framework offers much to music education. In this paper, I explore three areas of music education, where such a framework can indeed push toward change. The first area speaks directly to positionality and recognition. Employing an anti-racist orientation allows teachers to understand where students are situated in the matrix of domination (Collins, 2000) and adjust their teaching and their teaching relationships accordingly. Secondly, anti-racism encourages multicentricity and readily allows for multiple epistemologies or ways of knowing the world, in a manner quite contrary to some of the more dominant ensemble-based paradigms of music education. Finally, this critical theoretical orientation enables the pursuit of an equity agenda in the actual practice of teaching. Using such an orientation allows teachers to pursue "courageous conversations" (Singleton & Linton, 2006) in the classroom and capitalize on opportunities that arise to have these difficult conversations.

In order to explore these ideas, I draw on empirical research from a multiple case study of four elementary music teachers in a large Canadian city. I employed the methodology of a multiple case study (Merriam, 1998; Yin, 2009) to consider the discourses, practices, and philosophies of these four educators. Amanda, Anne, Sarah, and Susan teach in a one of the largest and most diverse cities in Canada, in four very different schools at polar ends of the socioeconomic spectrum. Their programs are distinct; what they shared was a common identification with the goal of challenging dominant paradigms in their classrooms. I observed in each school for an eight-week period for two full days each week, conducting semi-structured interviews at the beginning, middle, and end of each observation process. At each school, I followed an observation protocol, in addition to completing three interviews, and keeping a journal. To varying extents, all four teachers employed an anti-racist orientation toward their teaching. I draw on examples from the field to illustrate how teachers used this orientation to successfully implement differential recognition, encourage the use of multiple epistemologies, and pursue conversations about equity. In these ways, I argue that employing an anti-racist theoretical framework in music education pushes toward change.

Wise, T. (2010). Colorblind: The Rise of Post-Racial Politics and the Retreat From Racial