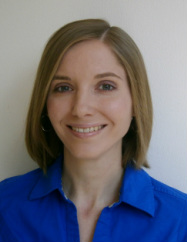 Lauren Kapalka Richerme is an Assistant Professor of Music Education at the Jacobs School of Music at Indiana University where she teaches undergraduate and graduate courses on secondary general music, philosophy, and sociology.  Her work has been published in the Action, Criticism, and Theory for Music Education, Arts Education Policy Review, and the Music Educators Journal, and she has forthcoming chapters in Advances in Music Education and Navigating the Future.  Lauren taught high school and middle school band and general music in Massachusetts.  She holds degrees from the University of Massachusetts Amherst, Harvard University, and Arizona State University
Striving for Tradition and Change:
Fluid Dynamics and Music Education
Contemporary music education discourse includes calls for both an increased emphasis on tradition and the necessity of change.  For example, the National Association for Music Education continues to emphasize the importance of the “traditional ensembles” of band, orchestra, and chorus in the United States (NAfME, n.d.), and Miksza (2013) writes about the possibilities of “traditional secondary large ensembles” (p. 46).  In contrast, Jorgensen (2010) argues that “music education needs to change in the future” (p. 21), and Williams (2011) urges music educators to “consider changes to the status quo” (p. 52).

The authors of MayDay Action Ideal V encourage music educators to seek “knowledge from disciplines other than music.”  In this philosophical inquiry, I problematize the current use of the terms “tradition” and “change” in music education discourse by drawing on the work of theoretical physicist and feminist philosopher Karen Barad.  I approach this paper through a poststructuralist perspective, seeking to challenge existing conceptions and norms in order to reveal their evolving complexity (Williams, 2005, p. 4).  Combining Barad’s (2007) writings about the reflection and diffraction of waves with my own embodied experiences in the Boiling River at Yellowstone National Park, I use metaphors related to fluid dynamics in order to examine the words “tradition” and “change” and to offer processes and questions that may guide music educators’ thinking and actions.

First, I detail how in the Boiling River, currents emanating from Yellowstone’s natural hot springs meld with flows from Yellowstone’s snow-covered mountains.  I enhance this metaphor with insights from Dewey (1938) and Small (1998) to argue that tradition and change exist not in isolation, but as inseparable qualities.   Second, I combine Barad’s (2007) explanation of wave motion with my own experiences in the Boling River, using the resulting description to problematize stagnant definitions of “tradition” and “change.”  Barad asserts that quantum physics questions the notion of universal concepts with determinant meanings independent of experimental practice (p. 107).  Drawing on this notion, I posit that how an individual defines “tradition” and “change” depends on his or her past endeavors, period of observation, and direction of focus.

So what might a multi-faceted, individually based, and evolving understanding of tradition and change mean for music educators?  Poststructuralists engage in continuing examinations of the world without settling on a definitive vision of the future (Williams, 2005, p. 21).  Drawing on such ideas, I posit that rather than focusing on tradition, change, or some combination of the two as ends in and of themselves, individual teachers might emphasize questions and practices that enable students to investigate the evolving inseparability of tradition and change.  Returning to the metaphor of the Boiling River, I offer three possibilities for exploring the complex, individually-understood, ongoing integration of tradition and change.

One way I could alter the integration of hot and cold water was by physically moving closer to or farther from the hot springs.  Likewise, teachers might ask K-12 and collegiate students to take small steps towards various aspects of musical endeavors they find primarily traditional and those they find primarily change-oriented.  Balancing such movements with those in opposing or diverse directions will likely cause the least amount of shock and resistance.   A second way that I experienced a different balance of hot and cold water in the Boiling River was when I remained in one space and the flow rate and/or temperature of the hot springs or ice melt fluctuated.  Likewise, rather than asking K-12 and collegiate students to move, teachers can alter their existing syllabi to balance and integrate diverse practices.  Such actions allow practices to come about organically rather than through the formal logic of words (Bourdieu 1972/1977).  A third way that I experienced a disruption of flows in the Boiling River was through the ripples created by the movements of others.  Similarly, teachers can utilize diverse ideas and practices from students within a class to engage all individuals in exploring the evolving integration of change and tradition without using those terms or without direct teacher intervention.