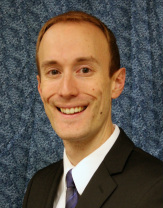 Matt Koperniak is in his tenth year of teaching in the Georgia public schools and is concurrently a Boston University doctoral student in music education. As the band director at Riverwatch Middle School, he has increased membership from 135 to over 460 band students and was the 2012 Teacher of the Year. He serves as state organizer for GMEA Middle School All-State Band, as Province Governor for Phi Mu Alpha, and has previously served as the director of the Classic City Community Band. Presentations include the GMEA In-Service Conference and Establishing Identity: LGBT Studies and Music Education.
Survival of the Fittest:
Competition in Music Education & Physical Education
As a current public school music educator in my tenth year of teaching, it has been compelling and troubling to realize that the sum total of my musical self is centered on competitive experiences in music. The very result I want for all of my students—to form and sustain lifelong engagement with music—is itself stunted in me. I freely and regularly engage in recreational physical activity such as running and rafting for the pure enjoyment of it, yet I am frozen in my capacity to engage in music for the same type of enjoyment separate from any professional advancement. Yet under the assumption of “proven practices” such as chair tests, ability-based ensembles, and convention performances, I offer my students only the same experiences I had at their age, yet I want and expect better results for them.

Within the scope of these questions, this paper is my story of a public school music teacher caught between the “agonism of power relations and the intransitivity of freedom.” (Foucault, 1982, p. 343) Through autoethnography, I examine my formation as a subject through competition-based modes of music education spanning my entire formal schooling and professional career, and the perceived impact and cost to my own music-making and teaching. Concurrently, I collaborate and reflect with colleagues in public school physical education, examining the multiple ways in which we are entrenched in and shaped by competition and the effects on lifelong engagement. Additionally, I use my own regular, recreational physical activity as an axis from which to analyze and unlock my lack of recreational, non-competitive music-making.

As a framework for this paper, the genealogical work of Michel Foucault provides guidance for the study of the history of the present. How is our present contingently constructed, and how did it come to be? (Koopman, 2013) Foucault’s genealogical toolbox contains models for the examination of multiple relationships between vectors of power, knowledge, and self. Through this lens, I examine how competition has influenced and formed my own contingent construction as a “successful” public school band director, and I how I am concurrently constrained by that same “success.” I position the competitive elements of music and physical education jointly as elements of the broader competitive atmosphere that has enveloped our current educational system in the United States. In regards to the specialization of bands (and applicable to physical education), Kanellopoulos (2012) alludes to the “efficiency, clarity of results, and linearity of progress” in bands as a possible “response to the call for rationalization that permeates a school’s episteme” (p. 193). By positioning the normative competitive aspect of music education alongside similar issues in physical education, I propose multiple ways in which we are both searching simultaneously for flexibility and freedom within traditional models from both disciplines.