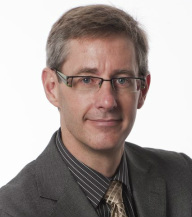 Roger Mantie is an assistant professor at Boston University, where he teaches undergraduate and graduate courses in instrumental methods, jazz, research, and the history and philosophy of music education. His research interests lie in the area of leisure and recreation and their intersections with music and music education.
“Musicianism” and Recreational Music Making
In “Musicianism and the Ethics of School Music,” Thomas Regelski (2012) takes aim at what he sees as a serious problem facing school music today: the “tendency to place musical choices and values before or above educational options and values” (21). For the most part, Regelski leaves these (presumably) more desirable educational options and values undefined. He does make clear, however, why musicianism is a problem. Too often, he suggests, music teachers use “coercive means” to ensure student ensembles achieve “high quality performances” of “the ‘good music’ of the academe” with little concern for any benefits to the individual student (and by extension, the community) beyond graduation (21). Regelski points the finger for the problem of musicianism squarely at a music teacher preparation system that prepares music teachers to be “first and foremost..competent performers” (22). This produces teachers, “strongly disposed to musicianism,” who take on a “missionary or evangelical zeal” and proselytize on behalf of “the music” (i.e., the kind “venerated ‘for its own sake’”) in the face of the “banality of the at-large music world” (22). In this paper I seek to problematize some of the historical grounds that may have led to the condition of “musicianism” that Regelski describes. Toward this end, I use the questions in this year’s MayDay call as a springboard to interrogate how we might conceptualize school music based on knowledge of the leisure and recreation fields (hopefully with an aim to mitigate some of the deleterious effects of musicianism).

As I discuss in the paper, a close examination of the American music education literature in the first half of the twentieth century reveals that “school music” used to have much closer ties with the fields of “play” and “recreation.” Musicianism, to the extent it existed (and no doubt it did!), was more muted prior to the 1950’s. Music educators today who believe “community music” is a new concept may be surprised to learn that school music used to be linked more closely with the term before falling out of favor with the advent of “aesthetic education.” For example, one finds a publisher in 1916 advertising their “Child World Playground Series of Festival Plays and Pageants for Kindergarten, Schools, Playgrounds and Settlements” in the Music Supervisors’ Journal. Playgrounds and settlements were key sites of interest for early twentieth century reformers and those in the child-study movement. By 1924 one finds in the same journal the following introduction: “Readers of the Journal will find enclosed in this issue a small folder entitled “Inexpensive Publications of Community Music.” This pamphlet is published by the Playground and Recreation Association of America. Supervisors will find many valuable suggestions in the list…” (vol. 11, no. 2, 54). Until the 1950’s, in fact, the National Recreation Association (formerly Playground and Recreation Association of America) was active in promoting music participation as a valuable leisure activity and had interactions with MSNC (MENC). Even Charles Leonhard, with whom we often associate aesthetic education in music education, published Recreation through Music in 1952. Connections between school and community were in fact central to much of the school music discourse in the first half of the twentieth century, where one finds frequent references to “carry over”—i.e., the belief that school music should effect a difference in communities, a la Regelski—and discussions of music as a leisure activity (rather than music as a cognitive domain, as it is now usually understood by the profession).

This is in no way to suggest, however, that music teachers themselves were overwhelmingly interested in promoting recreational music making. Although they may not have suffered the same kind of musicianism as described by Regelski, Zanzig’s national survey, conducted 1929-1930, reveals that obliviousness to music making beyond the school walls is not a recent phenomenon. In a section entitled, “The School Music Teacher as Leader of Amateurs In and Out of the Schools,” Zanzig writes, “in many of the 97 cities and towns visited by the writer for the purposes of the national survey, the school music teachers knew very little about musical activities going on in the community” (1932, 287). In the full paper I explore these and other issues surrounding the problem of “musicianism.” After describing several historical aspects of the relationships between the fields of music education and recreation, I consider Honk! (Garofalo 2011) and other examples of recreational music making that demonstrate ways in which many people remain musically active irrespective (or sometimes in spite of) their school music experiences. Finally, I propose how music education might benefit from closer ties to the leisure studies field (in particular, sociology of leisure) as a way to broaden our conceptions of how people participate in music as part of an active stance toward living.
Powered by