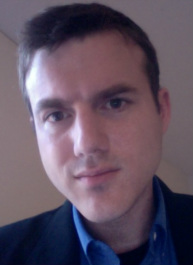 Dr. Thomas B. Malone is an educator and researcher focusing on pedagogies and cultures of musical praxis outside the mainstream. He holds a Bachelors degree from New England Conservatory and Masters and Doctoral degrees from Boston University. Malone’s dissertation on the pedagogy and praxis of shape-note singing teachers, exemplified his interest in forms of teaching and musicing that operate outside of the Aesthetic or Performative frame, and how cultures such as these can serve as models for educators to vitalize and transform how music in our schools and communities. Over the past three years he has developed Madinda Nation, a project that teaches Ugandan Xylophone music and instrument building with re-purposed materials. His current work focuses developing pedagogy for teaching the foundations of turntablism, Hip Hop, and DJ culture through the use of turntables and vinyl records. Tom is currently the senior lecturer in Community and Choral Music at UMass Lowell. He resides in Cambridge MA with his wife Johanna and their son, Ari.

Turning the Tables Back:
Pedagogy and Praxis from Hip-Hop's First Generation DJs
The world has changed, again. Once Western Classical music was the music of the world’s elite, the internationally rich and famous.  Today, at exclusive nightclubs from Ibiza to Goa, it is electronic dance music that provides the soundtrack to people’s fantasies of wealth and material success, and has made the DJ is an international superstar.  House, Turntablism, Dubstep, Hip Hop and EDM are just some of the musical styles in which this cultural figure, standing mysteriously behind a table of equipment and moving some faders and knobs, creates a pulsing tapestry of beats loops and timbres and often gets paid quite well to do it. But it wasn’t always jets, limousines and endless red carpets – in fact, the true pioneers of DJ culture had no such advantages. They were three young Caribbean-American teenagers growing up 40 years ago in one of America’s most impoverished and toughest urban centers, the South Bronx.  This paper offers history and social critique alongside musical examples from a community music initiative that teaches the art of mixing soul and funk records to create the extended breaks and beats that formed the musical foundation of Hip Hop in the 1970s.  For music educators seeking an authentic and interactive way teach the roots of Hip Hop and today’s Electronic Dance Music culture, teaching with turntables offers the chance to learn about and interact with the artist of past and present and remix their music in realtime.

When one begins a discussion about teaching with turntables, some are quick to assume that the focus would be on “scratching” or “turntablism,” but there is a form that is much earlier and more fundamental. It is called break-mixing, or simply mixing. This style does not center around aggressive or virtuosic scratch solos, but rather on establishing a smooth and even flow between two turntables, and on setting up a new groove by extending and combining one or more segments of pre-existing tracks. This is an analog form of ‘looping’ and live remixing that requires an extensive knowledge of soul and funk records, skill in manipulating the vinyl and the turntables without losing the beat, and a clear sense of musical pulse and form. Like many valuable pursuits and musical domains this art can be learned by patient and focused practice, and access to quality teaching and materials. The present author has derived these teaching strategies through studies of video, recordings, and interviews with the first generation of Hip Hop’s DJs to focus on the essential art of the ‘breakmix’ as a core and teachable component that links todays EDM and DJ culture to the very first Black and Caribbean innovators who devised the art.

Like Rock-and-roll and Jazz, Ragtime and Blues before it, Hip Hop is a American musical culture, of largely African and Caribbean descent that has grown to become a ubiquitous part of our global music and cultural landscape. Music Educators cannot afford to ignore it, and yet when and how shall a serious attempt to be made to teach it? This article proposes that the “break-mix” with two turntables as an essential component of both Hip-Hop EDM culture that can be taught authentically and creatively in a school or community setting. Thus allowing students to do more than learn about influential Hip Hop, Soul, and Funk artists from books, media, and video, but to directly engage with this music in a hands-on way, creating their own beats and breaks in the same way that Hip Hop’s pioneers did almost 40 years ago. Furthermore since the pioneers of this style are still living, and can serve as culture-bearers to motivated music educators who would prefer to delve into and respect the Caribbean-American cultural bedrock of DJ culture rather than complain about the material excess of today’s software-based celebrity “pushbutton” DJs widely promoted in corporate and commercial media.
Powered by