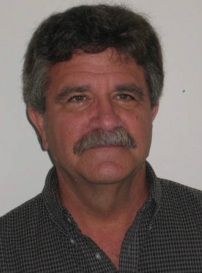 Wayne Bowman's primary research interests involve philosophy of music and the philosophical exploration of issues in music education. His work is extensively informed by pragmatism, by critical theory, and by conceptions of music and music education as social practices. He is particularly concerned with music's sociopolitical power, music and social justice, and ethically informed understandings of musical practice. In addition to numerous book chapters and journal articles, he is editor of the Oxford Handbook of Philosophy in Music Education, author of Philosophical Perspectives on Music, and former editor of the scholarly journal Action, Criticism, and Theory for Music Education.
The Ethical Significance of Music Making
Chief among the concerns this presentation will explore is the need to acknowledge and embrace musical experience and study as fundamentally ethical1 practices—as resources in and through which people wrestle with and seek to answer the vitally important educational question, What kind of person is it good to be? Where intrinsic and extrinsic values are held to be mutually exclusive, ethical concerns like this are relegated to the latter category. They are, accordingly, unfortunate diversions from the genuinely musical reasons for making and studying music. I will urge that we need to think about issues like these in ways that are more productive and more useful--and better aligned with the ethical concerns at the heart of music making.
___________________________________________________
[1] By “ethical” I do not mean “moral.” The two differ from each other in very important ways, although space restrictions prevent their detailed consideration here. Suffice it to say that I am not advancing the argument that music makes people upstanding moral citizens! For more on the distinction between ethics and morality see Bernard Williams, Ethics and the Limits of Philosophy (Cambridge, MA: Harvard University Press, 1985).