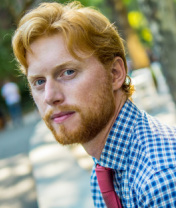 Adam Patrick Bell is Assistant Professor of Music Technology and Music Education at Montclair State University. His research interests include self-led learning with digital audio workstations, home recording practices, video and screen recording ethnographic research methods for music education, and de-marginalizing music education practices with music technology.
The DAW Double-Edged Sword
The shift to software-enabled recording has significantly reduced the cost of entry-level equipment, which has improved the quality and capacity of home recording…Software and code have made possible a regime of more distributed musical creativity, which represents a democratization of technology. (Leyshon, 2009, p. 1325)

The 2009 global report of the National Association of Music Merchants details that computer-based recording experienced a financial boom between 1999 and 2008. The computer music market rose almost 200 percent to become a 400-million-dollar industry. This trend coincides with the proliferation of digital audio workstations (DAWs) that were made available to the consumer and “prosumer” markets commencing in the early 2000s, exemplifying the “democratization” of which Leyshon speaks. With regard to music education, an intriguing result of this trend is that the skillset typically associated with the trade of audio engineering has been placed into the hands of musicians, which prompts two lines of questioning: First, what and how do musicians learn from the audio engineering community? Second, what are the learning implications for music-makers utilizing DAWs?

Historical accounts document that the occupation of audio engineering emerged from recording practices developed in home studios (e.g., Horning, 2002), typified by acts of “technological enthusiasm” and “tinkering” (Waksman, 2004). Pioneers in the field such as Les Paul and Joe Meek honed their techniques in the bedrooms and basements of their home studios (Buskin, 2007; Cleveland, 2001). They conceptualized the recording studio as a musical instrument, a concept that was popularized by the mid-1960s as “pop music soon discovered the potential of the studio as a place to make music rather than just to record it” (Clarke, 2007, p. 54). The postulation of recording engineer Dave Pensado captures the sentiment of those who laud the practice of home recording: “In general, the creativity that emerges from home studios almost always surpasses that of an expensive studio” (as cited in Simons, 2004, p. 10).

Despite it’s popularity and the access it creates for creativity, computer-based composition has its limitations. Jennings (2007) rightly charges that these softwares “subliminally direct the actions of users, in both musical and non-musical ways” (p. 78). Programs make assumptions and covertly steer users by limiting options. Limiting the possibilities in the process of composition leads users of the same software to compose in a generic method, resulting in generic outcomes; the software itself becomes the genre. Programs that use preset sounds limit diversity and constrain the styles composed. Both Mellor (2008) and Latartara (2011) found that the design of some DAWs privilege certain user actions more than others such as composing section-by-section, looping audio segments, and overdubbing.

Drawing on primary and secondary sources of observational and interview data, my proposed paper presentation will problematize the DAW and its place in music education. Eschewing a “how to” or “here’s what’s great about this” approach, my paper will instead probe software design considerations of popular DAWs and examine the implied underlying educational philosophies of their creators. What do these decisions imply about what is important in a computer-centric music education and what course has been charted for the tech-dependent music learner of the future?
Powered by