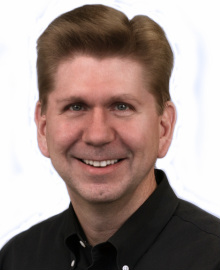 J. Scott Goble is Associate Professor of Music Education at the University of British Columbia, where he teaches graduate and undergraduate courses and supervises work of M.Ed., M.A., and Ph.D. students. A specialist in vocal and choral music, he taught music in public schools near Seattle, Washington, later serving on the music faculties of Haverford and Bryn Mawr Colleges, Boston University, and San Francisco State University. Scott Goble has conducted choirs and orchestras in educational, professional, church, and community contexts throughout North America. His 2010 book What’s So Important About Music Education? was released in paperback by Routledge in March 2012.
Finding Phronesis: What Can Music Educators in the Schools of State Societies Learn from the Musical Practices of Traditional Societies?
In his recent book, The world until yesterday: What can we learn from traditional societies? (2012), Jared Diamond draws upon his experience of ways of life in recent non-state societies to present accounts of how people normally lived there before the modern era. He demonstrates how various practices operating in those societies stem from “natural experiments” undertaken in their respective physical and social contexts to solve universal human problems.  Among other things, his study suggests ways of raising children, caring for the elderly, and avoiding the diseases of civilization that are unlike, and possibly better than, those presently enacted in contemporary state societies.

While Diamond’s book says almost nothing about music, its argument suggests a way of thinking about music that is arguably very different from the thinking of most music educators.  Indeed, the “multicultural music education” movements of recent decades have led to the introduction of instruments, ensembles, and even pedagogical methods from different traditional societies into music classes in the schools of state societies. At the same time, educational curricula have encouraged students’ learning about the historical and cultural contexts in which the music has originated. But, to this day, most school music instruction remains largely focused on developing human capacities, skills, and understandings students need for successful musical performance (i.e., for the replication or composition of musical “works”), rather than introducing them to the personally and socially efficacious human practices from which the music stems (or to the “natural experiments” that gave rise to them in traditional societies).

In describing the concept of praxis at the root of the praxial philosophy of music education he began advancing in 1996, Thomas Regelski introduced the Greek word phronesis—which denotes a capacity for realizing the purposes of rational human conduct in a given situation—to highlight the "reflection in action" that, in his view, guides any genuine musical praxis toward the good results it is intended to realize.  He wrote, “[A] praxial philosophy of music takes fully into account what music is ‘good for’ in any consideration of ‘good music’” (1996, 25).  But in the nearly two decades since Regelski published the paper, scant direct attention has been given in contemporary state societies—or by music educators within them—to illuminating the personal and social benefits or the “good results” that engagement with particular musical works or practices actually have (or have had) for the people with whom they originated.

Over the same time period, however, sociological and ethnomusicological researchers have published a number of studies demonstrating the ways music serves specific personal and social purposes in human lives. For example, in her book Music in everyday life (2000), Tia DeNora presented a series of ethnographic studies and interviews to show the role musical engagement plays for the members of an aerobics class, for karaoke participants, and for retail customers in constructing their personal and social lives.  In Music as social life: The politics of participation (2008), Thomas Turino examined music as a social force among indigenous Peruvians, Zimbabweans in rural areas and cities, and American “old-time” musicians, as well as in Nazi Germany and the American civil rights movement.

In this paper, analysis of the musical practices of three traditional societies will provide insights into how those practices have historically served to address the human needs of their members and how they may have stemmed from what Diamond termed “natural experiments” undertaken in their respective physical and social contexts.  The following questions will also be addressed:  How might school music instruction in contemporary state societies be changed in light of these insights?  What might be the personal and social benefits of such changes for students?  What societal factors are likely to stand in the way of such changes, and how might they be approached?

Diamond, J. (2012). The world until yesterday: What can we learn from traditional societies? New York, NY: Penguin.