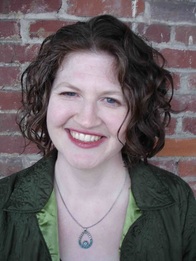 Jocelyn Swigger is Associate Professor of Music and Coordinator of Keyboard Studies at the Sunderman
Conservatory of Music at Gettysburg College. She has played as accompanist for the Manhattan School of Music, the Castleman Quartet Program, the Boys Choir of Harlem, and the Juilliard School. She has regularly appeared as performer and teacher at the Ameropa chamber music festival in the Czech Republic and Spain, and she spent the summer of 2008 on a Fulbright Scholar Teaching Grant in Asunción, Paraguay. She holds undergraduate degrees from Oberlin College and Oberlin Conservatory, and master’s and doctoral degrees from the Eastman School of Music.  Jocelyn Swigger can be heard on Con Brio Recordings.
Chopin, Tin Pan, Yes And
The concert I have in previews now is all of Chopin’s etudes, with some Tin Pan Alley gems and some audience-guided improvisation. This program came together organically and I’m really excited about its effect on audiences.

I'm spending five years (and then presumably the rest of my life) learning all of Chopin’s etudes. There are twenty-seven of them, each a study working out a specific technical problem, each just a couple of minutes long, each beautiful and inspiring and emotional. They’re incredible pieces that stretch what the piano can do and what I can do at the piano.

25/6, the thirds
The etudes are hard—that’s part of the point of them—and they’re an exhilarating, exhausting ride for both me and the audience. Classically trained pianists often grapple with at least some of them, and I'm finding that learning them all is making me a better pianist and musician. It’s an exciting and humbling process. 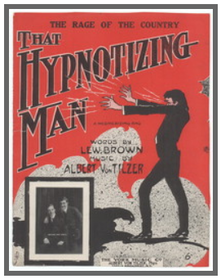 As a foil to the etudes, I started looking at some obscure Tin Pan Alley songs in the Library of Congress archive: they’re easy and charming and often a little silly, and the piano accompaniments stand alone nicely. I thought they’d be fun to play as a break from working so hard on the etudes, and they are, but it turns out that audiences really enjoy hearing them with the etudes, too. So what do Chopin and Tin Pan have to do with each other, aside from complementing each other surprisingly well?

The music Chopin liked, besides his own and (of course) Mozart’s and Bach’s, was Bellini and Donizetti: the popular opera composers of the day, writing memorable tunes that people sang on the street. That’s exactly what Tin Pan Alley music was, and I think it’s closer to our modern ears than Bellini is.  I don’t know if Chopin would have liked these Tin Pan Alley tunes, but I have a feeling he might have appreciated their simplicity and lyricism. They act as a nice palate cleanser after the etudes. 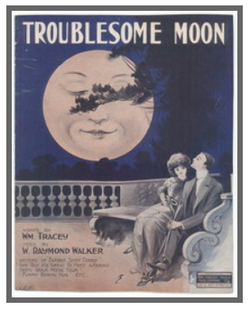 The other part of this concert is improvisation. In Chopin’s time, a pianist who didn’t also compose and improvise would have been unthinkable. While it’s starting to be part of piano training again, improvisation was largely missing from classical training, including mine, in most of the 20th century. I’ve been working on improvising effectively, and I’m finding it very enjoyable in practice and performance.

One of the principles of theater improvisation is that you have to say “Yes, and,” ceding some control of the narrative to your partner. If someone tells you a chair is a car, you say “yes, and let’s drive to the circus,” not “no, we’re at the dinner table.” That’s risky, containing the real possibility of failure, and that risk is part of the game. In concert, I have each audience member write down a word or phrase that could inspire a musical idea. Then I bring someone onstage to show each one, so that I and the audience see each idea at the same time, and I play from each. If the word is “wombat” (as my husband once gave me to make me laugh), I try to play something that evokes a wombat. Risky. But that’s the fun of it.

Besides giving us a glimpse of what would have been standard for a concert in Chopin’s time—a soloist creating music out of thin air—the game does a couple of exciting things. It gives the audience a stake in the improvisation, since they helped create it. It makes them powerfully aware of music as a tool for communicating emotions and ideas. It can change the audience’s listening in an important way, so they hear Chopin differently. It also makes that particular live event different from any other. In today’s digital world, we have wonderful access to sameness: a recording is the same every time. Improvising in a classical concert makes that concert truly a once in a lifetime experience.

I’ll be releasing a CD of the Tin Pan Alley gems soon—I recorded it in the summer of 2013. I’m planning to record the Chopin etudes, hopefully on an Erard or Pleyel piano, in 2015. A recording of improvisations could happen, but for now I’m enjoying their fleeting nature. If you’d like to hear some, you can listen to my improvisation podcast.
Powered by