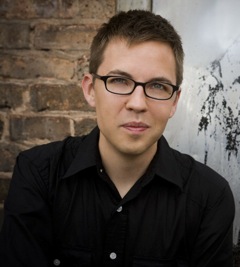 Joshua Palkki is a Ph.D student in music education (choral conducting cognate) at Michigan State University having taught middle and high school choral music in Maryland and California. He holds a master’s degree in choral conducting from Northern Arizona University and an undergraduate degree in vocal/general music education from Ball State University. He has a keen interest in all things Finnish, LGBT issues in music education, music education in urban schools, teacher education, music literacy, and music education as a vehicle for social change. His research has been published in the Journal of Music Theory Pedagogy and the Choral Journal.
“I don’t think that I should have that fear in my life”: Lived Experiences of Two Gay Music Teachers Negotiating the Closet Door
For heterosexuals living in a heteronormative society—one in which the assumed sexual orientation is heterosexuality—synthesis of their personal and professional lives may occur without forethought. This synthesis is not so simple for members of the LGBT (lesbian, gay, bisexual, and transgender) community who continually navigate truths about their sexual orientation in the workplace. Interactions and evaluations too often give way to lies and fear. A significant part of this identity negotiation involves decisions about “coming out” in the workplace: decisions about how, when, where, why, and to whom status as an LGBT individual is shared. This presentation will place the issue of LGBT music educators coming out of the closet within broader contexts, namely (a) experiences of gay professionals, (b) experiences of LGBT teachers, (c) decisions affecting gay teachers’ choices regarding disclosure at school, and (d) LGBT issues in (music) teacher education.

Issues affecting the LGBT community such as disclosure of nonheterosexual identity at school among music educators have not been widely discussed in the music education literature. Noteworthy are recent studies exploring experiences of gay band directors (Abramo, 2011; Furman, 2012; Haywood, 2011; Taylor, 2011) and writings on the complicated relationship between music and sexuality (e.g. Gould, 2013, 2012). The majority of existing discourse about non-heterosexual teachers exists in general education literature. In addition, research and writing on gay teachers reference areas such as Critical Theory (e.g., queer theory), social justice/equality, and public policy. Hence, the proposed presentation utilizes an interdisciplinary approach in analyzing issues surrounding gay teachers.

Several scholars have explored broad topics about LGBT teachers in the general education literature (e.g., Dankmeijer, 1993; Griffin, 1991; Hebl, Tonidandel, &Ruggs, 2012). An important quandary LGBT teachers face at school involves “negotiating the closet door” (e.g., Bliss & Harris, 2013; Endo, Reece-Miller, & Santavicca, 2010; Jackson, 2006, 2007; Jennings, 1994; Khayatt, 1997). Inherent in writings regarding disclosure of sexual orientation outside the heterosexual and heteronormative mainstream is a rejection of coming out of the closet as an either-or binary; decisions regarding disclosure are innumerable and unquantifiable, often occurring in stages (Griffin, 1991; Jackson, 2007). Disclosure decisions are context specific. Factors influencing disclosure include but are not limited to geography, age of students in the school, number of years in the school district, depth and quality relationships with administrators and parents, fear of being fired, and the presence or absence of workplace non-discrimination policies (e.g., Bergonzi, 2009; Bliss & Harris, 1998; Fishback, 2004; Griffin, 1991; Hynes, 2012; Jackson, 2006; Waldo & Kemp, 1997; Woods & Harbeck, 1992).

I recently completed a qualitative case study of two inservice vocal and general music educators exploring what factors influence decisions regarding disclosure of sexual orientation at school, what tools/strategies (if any) participants’ gleaned from their music teacher education programs regarding LGBT issues, and how sexual orientation affects their ability to connect with members of the school community. Findings of the study illuminate the complexity faced by LGBT teachers regarding disclosure decisions. Broad emergent themes regarding identity negotiation include coming out and relationships at school, societal expectations and policies, finding and teaching acceptance, LGBT issues in music teacher education, and privilege. Participants cited the importance of “partner privilege”: that having a partner changes the dynamic of many social situations and may alter the interactions between LGBT teachers and various members of the school community.

The lived experiences of LGBT music educators are often ignored in the music education literature. The more music educators discuss issues of diversity in the context of music education, the more we remove ‘other’ status from students in minority populations.  Sharing stories, research, and strategies can help teacher educators, in-service teachers, and pre-service teachers activate an honest dialogue that will further remove the veil of secrecy about LGBT issues in music education. Utilizing original research, the proposed presentation will illuminate an important part of LGBT music teacher identity and help to dismantle the pedestal of privilege upon which heteronormativity sits